CBSE Schools In Bangalore Have Been Providing a Comprehensive Education

For several decades, CBSE (Central Board of Secondary Education) schools have been a sought-after choice for Indian parents across the country as they are known to give their children the best chance to excel in the academic world. One of the most reliable educational boards in India, it is worth understanding why the CBSE board is held in such high esteem.

CBSE was given its current title way back in 1952 and was designed to meet the requirements of students across the country who differ in language and ethnicity. Throughout their history, CBSE has constantly attempted to evolve and make its practices more pertinent for their students while keeping pace with the fast-evolving world. A recent report showed that the board has over 17,000 schools in various parts of India and abroad.

The national board of the country is divided into three levels; primary, secondary and senior-secondary levels. Moreover, the board also conducts all major exams such as the IIT-JEE, AIEE, AIIMS and so on. The board has been recognised as being student-friendly and has an engaging syllabus.

Some of the key advantages of studying in a CBSE school include the recognition it gets by the Indian government, the student-friendly approach to education, and a comprehensive syllabus designed by experts. Moreover, it is an excellent choice for parents who are required to relocate at regular intervals as there are a large number of schools in every part of India and as it ensures that there is no interruption in the child's education.

The quality of education in Bangalore is exceptional

A hub of modern education and growth, schools in Bangalore are regarded as some of the best in the country and have an enviable record. Of the many schools in the garden city, across several surveys, The best CBSE schools in Bangalore, boast of state-of-the-art infrastructure and are  known to provide high-quality education, the schools have modern facilities such as digital classrooms and skill-based programmes.  The structure of International Schools are known to place as much emphasis on extracurricular and co-curricular activities as scholastic achievements. International  schools promote a profound principle of holistic learning.

CBSE - The most preferred curriculum in India

To begin with let us define what the CBSE board stands for and the educational system it has put into place . This pedagogy is recognised all through India and in many countries around the globe.  A system established to prepare students from the 1st to the 12th standard for future competitive exams they would sit for.

Now what this system of education does is put an equal amount of importance on co curricular events  and the child's overall involvement in daily school activities. This board encourages innovative methodologies of teaching and learning in a student centric atmosphere . It has been a constant curriculum that Indians have followed closed over the past 50 years.

International schools too have adopted the CBSE curriculum

To ensure a balance between the prevalent method of education and the new evolving techniques of the 21st century that involve providing a student with a more wholesome education, International Schools in Bangalore offer the CBSE programme which hits closer to home while giving the student possibilities to explore more worldly concepts considering Bangalore sees an Influx of over 25 nationalities who come to Bangalore to receive  a high quality education.

The importance of International Schooling in the 21st Century

India has made a good decision introducing International curriculums and facilities to the country over the past 2 decades . Worldwide schools are of great importance for the students in the 21st century. Since we are now in the millennial age International schooling has advanced in ways to keep up with the time. This Global System of Education gives the sort of worldwide education our future citizens need to imbibe in order to maintain a harmonious and progressive society.

This education is the need of the hour, one we were not exposed to for the longest period of time. This gives us more of an incentive to take complete advantage of this opportunity. A noticeable and positive change in the educational framework in our country is its ability to adapt to newer concepts and methodologies of life.

1. The exposure to Different Cultures

The most advantageous situation presented to students at an International school is their exposure to various cultures which allows them to develop an inherent ability over time to cooperate with different cultures , learn their norms and cultural traditions and in-corporate later in an ever Global Society. This later in Life can translate into a successful career.

2. The positive effects of an International Curricula

International curriculum brings a fresh perspective to education as the modern world requires.  It allows students to grasp International concepts and explore broader avenues of Knowledge. Apart from CBSE, there are multiple curricula offered to promote continuous learning among the students.

3. The ability to learn new languages

Even though classes in International schools are taken in the English Language, they give phenomenal freedoms to students in the form of language classes to improve their bi lingual and multilingual abilities . French, German and spanish are some of the languages taught at an International School.

Apart from using foreign methodologies of education , International Schools also give children the option to give examinations that are based on other countries' systems . These types of examinations are  motivating and less stressful for some students.

International Schools are the new face of an evolving Global educational framework. CBSE has been put on the world map by a chain of International Schools across the globe. Same is the case of CBSE schools in Bangalore that have earned a name for themselves for providing comprehensive education to its students. 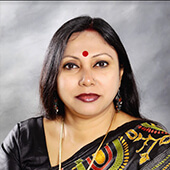 An academician and an educationist by profession , I have been working with educational institutions and schools as a leader for decades.

31 years of experience in the field of Education in India  with CBSE and ICSE curriculum, training and affiliation processes and setting up  Schools, affiliation / accreditation of UGC, AICTE / NAAC.

I have been the Master Trainer for CBSE Leadership Training Principals and Teachers on Classroom Management, Life Skills, Value Education, Career Guidance and Assessment of Secondary Classes on behalf of CBSE.

I have  been the center Observer for CBSE exams and Science Exhibition conducted by CBSE.

I have published a number of articles in newspapers, research papers in leading journals and presented papers at National Science Congress. I am the topper  in B.sc  from Calcutta University and has many prestigious awards in the field of education.

I am specialised in  Start-ups in Education, Educational Administration, Affiliation and accreditation, Academic audits and quality control, Curriculum development & Teacher training and  Counselling.

Jul 30, 2021
Parents should follow these steps to plan for their child's education at Bangalore High School

Jul 30, 2021
The importance of Co-curricular activities at Bangalore International School

Jul 30, 2021
The importance of Co-curricular activities at Bangalore International School

Jul 30, 2021
All About Scholarships To Study From The Best CBSE Schools, Bangalore

Jul 30, 2021
All About Scholarships To Study From The Best CBSE Schools, Bangalore 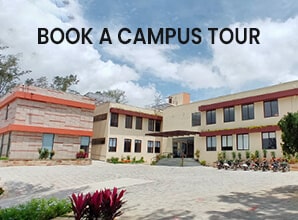 Request for a Call back